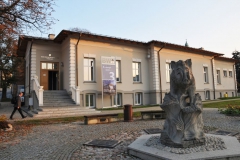 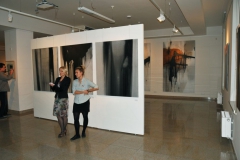 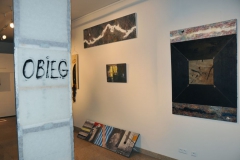 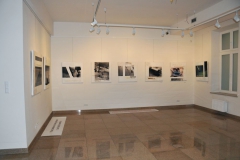 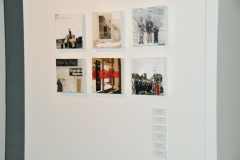 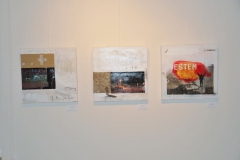 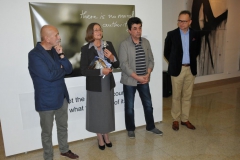 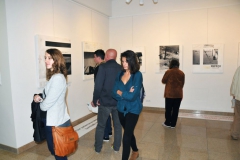 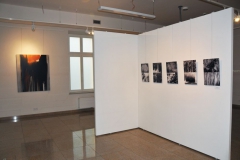 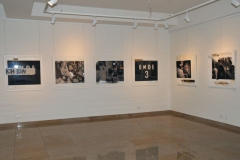 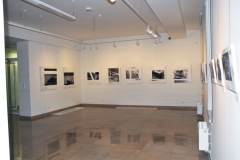 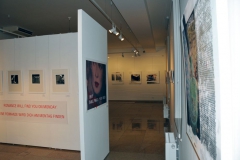 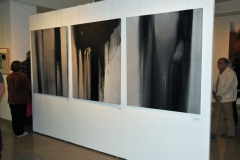 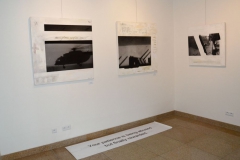 Opening Okt 10 2014 at 7 p.m. Galeria BWA | Kielce / Poland | ul. Kapitulna 2 http://www.bwakielce.art.pl/event/3-x-europa-igor-janowicz-marek-wawro-wolfgang-brenner I present more than 50 works in this exhibition. A catalouge with 48 pages is printed. Kurator: Stanisława Zacharko-Łagowska Duration Okt 19  – Okt 31 2014 IHOR YANOWICH from Ukraine, MAREK WAWRO from Poland and WOLFGANG BRENNER  from Germany – it might seem that the confrontation of these three artists coming from three different countries and working in three different parts of Europe (Eastern, Middle and Western) would emphasize only the differences caused by living, working and developing in different cultures, traditions and geopolitical conditions. On the contrary: three coherent, excellent sets of works, strongly attributed with personalities of their authors, converse with each other equally both on the level of the modern language of art forms and universal contents and messages of these forms. Each artist touches different aspects of reality and human existence entangled in it. Each of them discuss them within the area limited by the objectiveness of photography touching it directly, and subjectiveness of painting being an abstract record of one’s own emotions, feelings and thoughts. And each author supports the message of his art works with signposts of words. … What I can see may be a mistake – the title of one of pictures by Wolfgang Brenner defines also an aspect of contemporary reality which interest him very much: its ambiguity manifested in multiple interpretations which has been analysed by the artist lately. Also here photography is one of the main, maybe even the most important, means of expression. The artist analyses, comments and reveals how to manipulate its common role of a reliable document. He often uses photos published in newspapers and illustrating the given pieces of information, like in a cycle Iraq – Bagdad – collateral, where he used pictures taken from military aircrafts. On each of them there is a small cross, target coordinates; soon, in a moment – and the photo doesn’t show this – the calmness of the street and people in it will be dramatically destroyed: a man marked with this cross will be killed. Suddenly, with no direct reason, and often due to an error, on behalf of societies living comfortably and peacefully far away from that place and desiring to ensure their comfort and welfare. Taking the photos out of the context of superficial newspaper information the artist provides them with art form and short verbal reflections, then let them be judged by the intelligence, empathy and sensibility of the audience. He also uses old photographs, and those ones made by himself, related with his personal life. They become elements of his original installations, collages and serigraphies. He complements them with painting and drawing interventions, as well as with surprising, intriguing, multilanguage phrases. Their graphic form, the fact they are mostly hand written, is as important as their sense, often enigmatic. A part of exhibition space is occupied by sentences taken from Chinese wishing cookies. Their haphazard functioning, as well as the kitschy “wishful reality” make the background and define the depth for the references of his artistic conclusion, often very critical and ironical. Three author’s parts of the 3 x EUROPE presentation complements each other not only semantically, or with similar forms and techniques. Although the artists are very strong individualities and come from three distant and different parts of Europe still divided, this is the creative thinking that joins them, and this creative thinking makes the exhibition so coherent and of high artistic level. It provides also an additional value of worthy artistic dialogue. Stanisława Zacharko-Łagowska
We use cookies on our website to give you the most relevant experience by remembering your preferences and repeat visits. By clicking “Accept All”, you consent to the use of ALL the cookies. However, you may visit "Cookie Settings" to provide a controlled consent.
Cookie SettingsAccept All
Manage consent

This website uses cookies to improve your experience while you navigate through the website. Out of these, the cookies that are categorized as necessary are stored on your browser as they are essential for the working of basic functionalities of the website. We also use third-party cookies that help us analyze and understand how you use this website. These cookies will be stored in your browser only with your consent. You also have the option to opt-out of these cookies. But opting out of some of these cookies may affect your browsing experience.
Necessary immer aktiv
Necessary cookies are absolutely essential for the website to function properly. These cookies ensure basic functionalities and security features of the website, anonymously.
Functional
Functional cookies help to perform certain functionalities like sharing the content of the website on social media platforms, collect feedbacks, and other third-party features.
Performance
Performance cookies are used to understand and analyze the key performance indexes of the website which helps in delivering a better user experience for the visitors.
Analytics
Analytical cookies are used to understand how visitors interact with the website. These cookies help provide information on metrics the number of visitors, bounce rate, traffic source, etc.
Advertisement
Advertisement cookies are used to provide visitors with relevant ads and marketing campaigns. These cookies track visitors across websites and collect information to provide customized ads.
Others
Other uncategorized cookies are those that are being analyzed and have not been classified into a category as yet.
SPEICHERN & AKZEPTIEREN